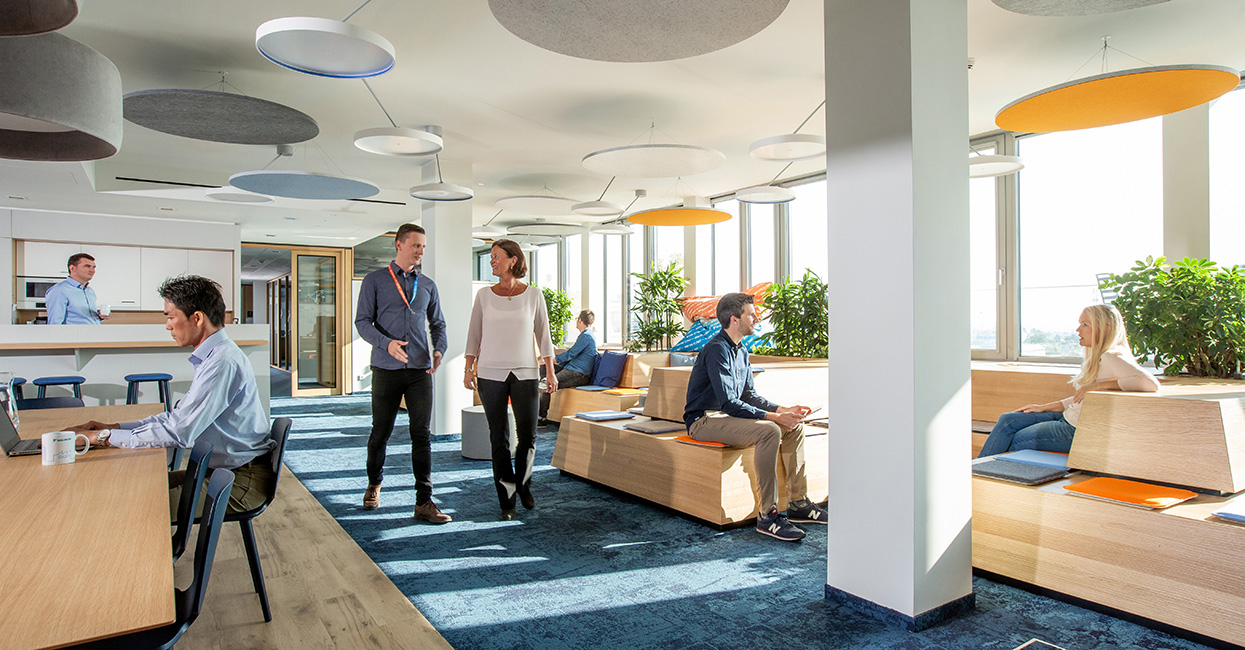 From aircraft to air-conditioners and beyond - Our history

From 1924 to the present day and from Kaizen to Mitōshi: how our Japanese heritage has shaped our brand, our products and our success.

While we are known as Daikin to many, our full company group name is in fact Daikin Industries Ltd. Depending on who you speak to, we are known as the leading HVAC-R manufacturer or that we make air conditioners and air purifiers. Some will say that we are a supplier of energy-efficient heat pumps, and others will describe our range of commercial heating and cooling systems. The truth is we are all of these things and much more.

Drawing on our Japanese heritage and over 95 years of industry expertise, our versatile integrated solutions are deeply rooted in innovative technologies and pioneering product developments that have revolutionised our industry time and time again, pushing the boundaries of comfort and energy efficiency every step of the way.

The story of Daikin Industries Ltd. began back in 1924 when the company was founded as Osaka Kinzoku Kogyosho Ltd by Akira Yamada, a Japanese engineer who started the business manufacturing parts for aircraft, along with the pressing and drawing of metals and radiator tubes – hence its name Kinzoku, meaning metal in Japanese.

With the recent invention of safer fluorocarbon refrigerants (Freon) in 1931, our own testing on Freon-style refrigerants got underway. By 1951 Daikin was ready to enter the air conditioning industry. Launching with a new Direct Expansion System, Daikin set out to revolutionise how refrigerants are used to exchange energy and cool a room.

While a global energy crisis in 1982 had far-reaching consequences across the industry, research, investment and development continued for Daikin with a focus on Variable Refrigerant Volume (VRV). VRV was a revolutionary, technical innovation for the entire HVAC-R market with the potential to deliver both comfort and energy savings.

By 2012 we were the first company to introduce air conditioners, heat pumps and scroll chillers using R-32 refrigerant. Boasting three times lower global warming potential than the refrigerant R-410-A we were leading the way toward a greener, more sustainable future. Today, there are approximately 140 million units of R-32 air conditioners on the market in the world1, achieving the reduction of approximately 230 million tons of CO2.

Rapid expansion and the acquisition of industry brands such as Rotex, McQuay, Zanotti, Tewis or AHT Cooling throughout Daikin history has brought about some landmark events in the expansion of Daikin offices, factories and subsidiaries. Today, the Daikin Group employs over 80,000 staff members worldwide. Daikin Central Europe is part of it and operates in 16 markets with the biggest sales and service network of 1.600 partners, installers and distributors in Central and Eastern Europe. Kaizen is a Japanese term meaning "continuous improvement" or "change for the better". In a  business philosophy sense, it encompasses the processes that continuously improve operations and involve all employees.

The Daikin core values centre around this understanding that together, through team spirit, a customer-centric approach and the pursuit of continuous growth we can reach our full potential in everything we do.

This mindset helps us to remain focused on our goals and draw strength from our momentum as we continue to innovate, develop and provide solutions that change the way we live and work.

Today, the current Eurobarometer survey 2021 shows that 45 % of Europeans see climate change as one of the biggest challenges for the EU's future.3 As a key player in the HVAC-R industry we want to ensure we have a positive impact on both the economic world and the environment.

We already contribute to high quality of life, comfort, reliable infrastructures, food security and economic growth in a broad variety of industries. However, the growing need for cooling, heating and ventilation has an impact on global warming due to increasing electricity consumption and refrigerant emissions. At Daikin, we take our responsibility seriously and strive to reduce our carbon footprint to a minimum and become net-zero CO2 by 2050.

Daikin’s circular economy initiatives such as L∞P by Daikin VRV heat pumps and L∞P by Daikin-Recover-Reclaim-Reuse programme are important steps towards lowering the environmental impact of cooling and heating, especially in retail and other industries. Daikin also is a consortium partner of “Retradeables”, Europe’s first online used F-gas marketplace, which is funded by the EU Life programme and aims to create a circular economy for used F-gas through the trade of used refrigerant stocks between installers and distributors.

Our award-winning products are designed to meet the needs of our customers first and foremost, so by seeking and maintaining close relationships with both consumers and partners alike we can ensure that we are always listening, learning and finding better solutions.

Looking back on our rich history, it is evident that while much of who we are stems from our heritage, so much more of it comes from the ideas and actions of our team. From the first Daikin researchers exploring refrigerants to those developing the application of VRV and those who strive for environmentally friendly solutions. It is our team who make Daikin who we are today.

Find out more information about Daikin Central Europe by visiting our About Us page.

2 Comparison to business as usual scenarios with currently used R-410A and R-22.